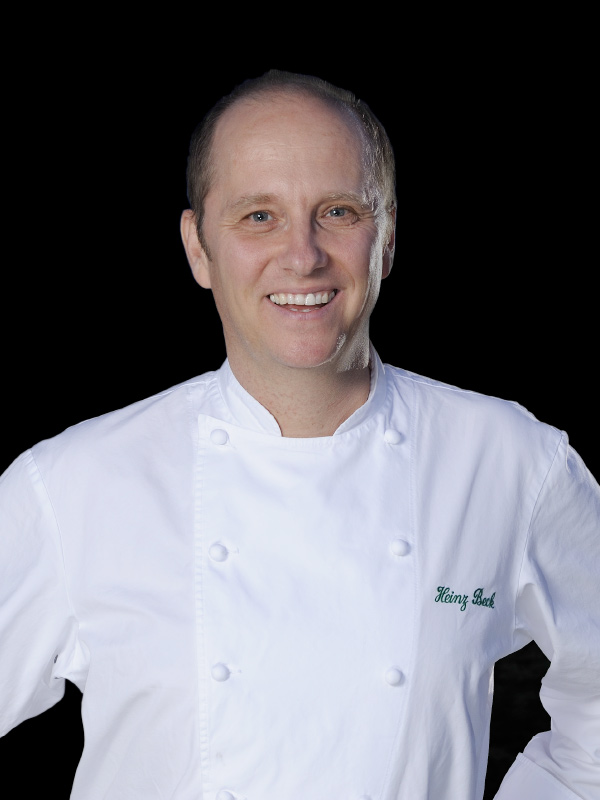 Each of chef Heinz Beck’s dishes is a vision of perfection, the result of a meticulous analysis of every detail: they contain the scents and colours of nature, respect for tradition, a serious regard for good health and the fundamental belief that great cooking is about fresh ingredients handled with sensitivity and passion.
Beck is one of Europe’s most respected three-star Michelin chefs. After beginning his career in Germany, he was sous chef at two-Michelin-starred Tristan in Mallorca (Majorca). In 1994 he moved to Rome to run La Pergola, which was subsequently awarded three Michelin stars. As well as a university health research centre in Rome, he has created several award-winning restaurants around the world including in Tokyo, Dubai and London.