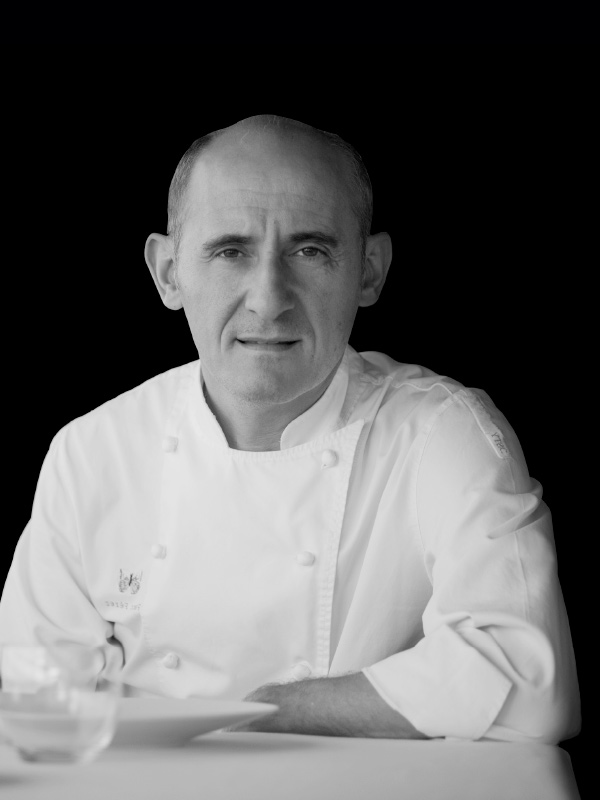 It’s hard to believe that multi-Michelin-starred chef Paco Pérez almost became a footballer. Thankfully for us, the shy, reserved, Spanish-born Pérez also loved cooking from the day, aged 12, he began working in his family’s tapas bar. He trained with Michel Guèrard, the father of nouvelle cuisine and completed an internship with Ferran Adrià at El Bulli.
Foodies the world over are so besotted with Paco Pérez’s cooking they make pilgrimages to the family-owned guesthouse he runs with wife, Montse Serra. The avant garde restaurant there has two Michelin stars. Pérez also manages the culinary offerings at the two-Michelin-starred Hotel Arts, plus the Michelin-starred Cinc at the Hotel Das Stue in Berlin, among other projects.